Is Chiropractic a Safe Way to Treat Infant Torticollis? 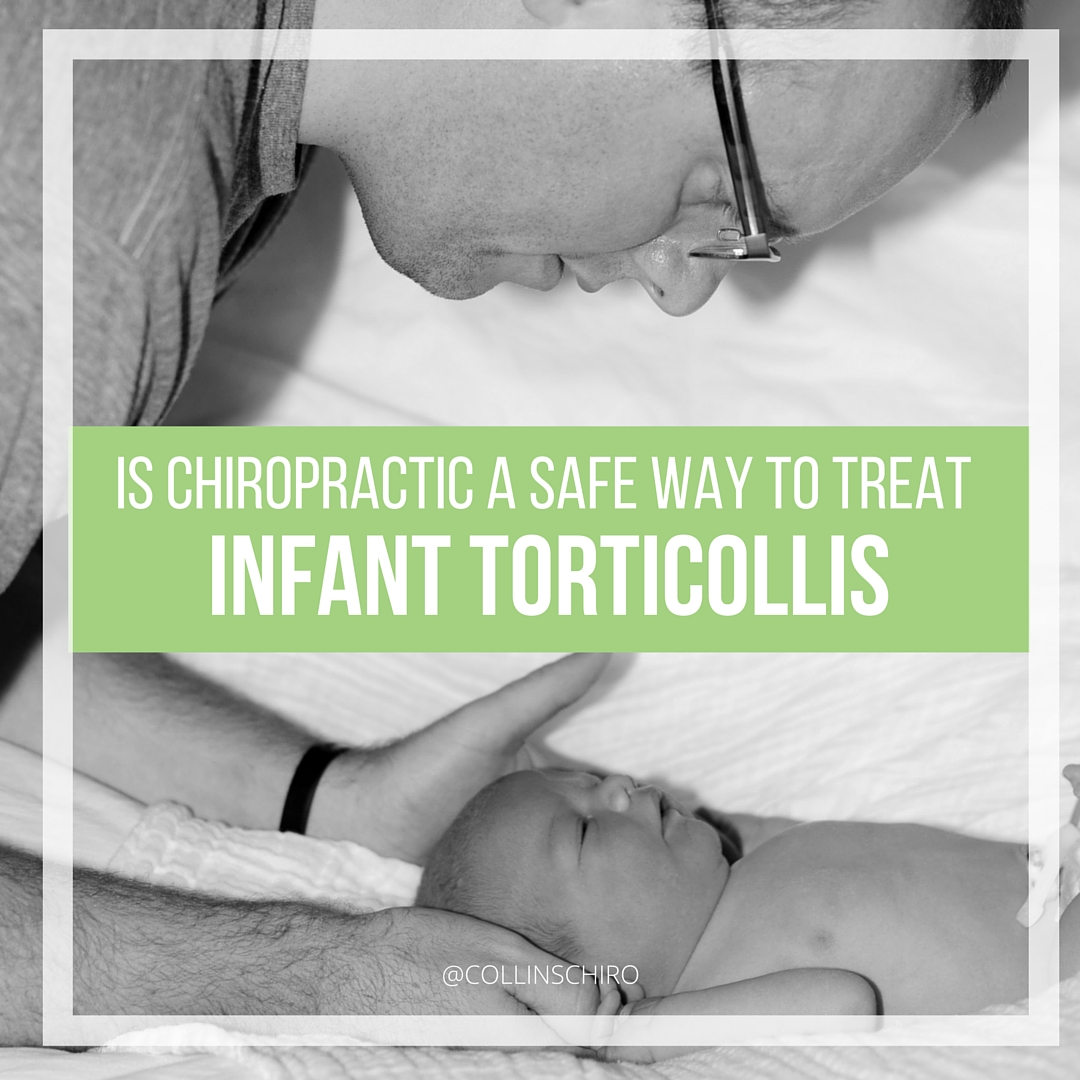 What is Infant Torticollis?

When an infant is born with its head turned to one side and has difficulty moving it to the other side, this is known as infant torticollis. It typically happens as a result of birth trauma, though it may also begin as a result of positioning in the uterus. In modern childbirth, there is so much intervention involved in bringing babies into the world. With vaginal delivery, for instance, as soon as the baby’s head is visible, an instrument may be used to help pull the baby out of the birthing canal.

Such intervention can cause damage to the upper neck. Muscles that work to hold the head go into a severe spasm, which in turn causes the infant to present a tilted head posture – much like when an adult gets a tough kink in the neck. Pulling on a twisted neck only worsens the problem. This can lead to nursing issues like breast preference and uneven milk supply, as it hurts the infant too much to turn to the other side to nurse.

Some Options Are Too Extreme

Right now, the general first course of action for treating infant torticollis is physical therapy. Yet, going in for physical therapy while the muscles are stressed out can be really hard on a newborn.

Think of it this way: when your leg muscle cramps, pulling it in the opposite direction can be really painful. Imagine if you had one every day, and you went to physical therapy to have it stretched out. The pain would be terrible, and you would stop going.

Babies experience pain in the same way. And if they go to physical therapy enough times but it doesn’t work, surgery may be performed. This is a hardcore step to take, as it requires cutting the tendons in the neck so the head will go upright.

Misalignment of the upper neck puts a lot of pressure on the nervous system. Muscles go into spasm as a natural reaction for protecting a really severe injury. With infant torticollis, surgery does nothing to fix the root cause of the problem – it only makes the issue worse.

Chiropractic is a Great Alternative

A lot of people are still afraid of taking their newborns and infants to the chiropractor. Oftentimes, it’s because the parents have been to chiropractic sessions themselves, and they worry the doctor will use the same techniques on the child as they do an adult.

However, pediatric adjustments are very gentle and tailored to their physical build. It doesn’t take much force to adjust tiny spines. If you can restore some movement in the cervical spine, the muscles will go back into a state of ease on their own. That’s why chiropractic treatment is such a great option: no surgery is required and it works quickly.

We experienced infant torticollis first-hand with our third son, Finn. He was born at home and hand-delivered by a midwife. Though he delivered gently, he still experienced some birth trauma in a non-traditional sense: when Finn came out, his head was slightly cocked to one side.

All that extra pressure to his upper neck meant he was born slightly crooked, with facial features that were one inch higher than the rest of his face. It was likely already this way in utero and exacerbated while being quickly squeezed through the birth canal. Because of his torticollis, Finn kept his head turned and would only nurse on one side.

Collins Chiropractic checks newborns and only does adjustments if they’re needed. Finn received regular adjustments from Aaron until his neck was corrected. Within two weeks, Finn’s infant torticollis had disappeared and he could comfortably nurse on both sides. Plus, his facial features evened out!

No matter the birthing process, your baby can experience birth trauma. Early, non-invasive check-ups can help your little one start its new life on a healthy note. Our chiropractic sessions are an easy and safe way to detect and relieve infant torticollis. Learn more about our gentle newborn checkups, or contact us today to schedule an in-home check-up today.

What is scoliosis, exactly?